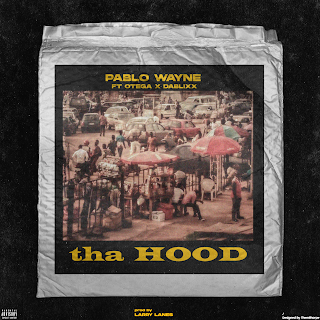 Pablo Wayne a hiphop/rapper released his much anticipated second song titled "the Hood" ft Otega xx dablix and Prod., By Larry Lanz Beatz, following his come back to the music scene after 10years ,said he’s back and better as after releasing a song titled Oja in 2019 but he’s ready to give us more this year 2020
The song give insight for the street and his hood "Iwo Road"
Download,  listen and watch out for more.
DOWNLOAD AUDIO
DOWNLOAD LINK 2