Muslim cleric r.a.p.e.s the 3 daughters of his host 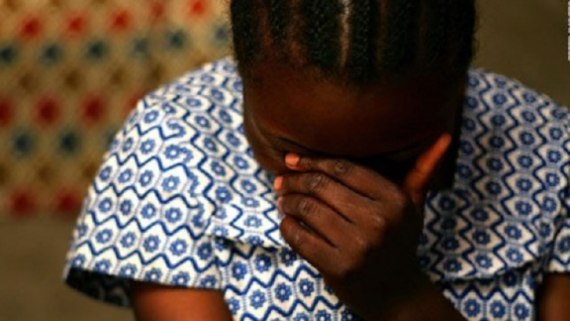 A Lagos woman on Tuesday stunned an Ikeja S.e.xual Offences and Domestic Violence Court that her three daughters, aged 12, nine and seven were serially defiled by a muslim cleric, the family housed free between seven and eight years
The victim’s mother made the revelation while testifying as the second prosecution witness in the trial of Ibrahim Idris, a 26-year-old cleric, charged with defilement.
The mother of six, who is also married to a cleric while being led in evidence by the state counsel, Mr Gbenga Alagbe, told the court that she knew about the alleged defilement from a teacher in the school her daughters were attending.
“In 2017, I received a call from the teacher of the school my children go to for lessons. The teacher told me that one of my daughters told her something and that she wanted me to hear for myself what she said.
“When we got to the office at the school, my oldest daughter (Daughter A) said that Idris slept with her and her younger sisters.
“I was told by the teacher that earlier while Daughter “A”was being interrogated about the allegations, she ran out of the class.
“A woman had seen her and had taken her back into the school and when she saw a male teacher she was scared because Idris was sleeping with her and anytime she sees a male teacher, she becomes withdrawn and scared ,” the mother said.
The mother said following the revelation, she took her children home from the school and her husband who was not around during that period, arrived two days later on Aug. 11, 2017.
She noted that when the father arrived, the defendant was summoned to their residence.
“We asked him about the allegations and he insisted nothing happened. We took him to the police station for questioning and we were referred to the Mirabel Center at Ikeja for medical examinations.
“I had asked Daughter B (9-years-old) about the allegations and she said it was true, I had asked Daughter A (12-years-old) about the allegations but she was afraid to tell me what happened.
“However, when we got to the police station, Daughter A told me what had happened,” the mother said.
While being cross-examined by the defence counsel, Mr Lekan Ijelu, the woman said the defendant was living with her family when he allegedly committed the crimes.
She noted that he had stopped residing with her family when the allegations came to light.
“He lived with us for seven or eight years. When he was living with us permanently, he used to go for his Islamic classes in the morning around 8am and return around 5pm.
“When he was temporarily residing with us, he used to stay on Fridays till Sundays,” she said.