Do you remember Onosz? The talented singer from Port Harcourt who featured on Grammy Award Nominee Burna boy’s SMOKE WEED single? Yes, the same Onosz who gave us the hit E.P that featured hit singles like Last Love (Gbana) and Pariwo. 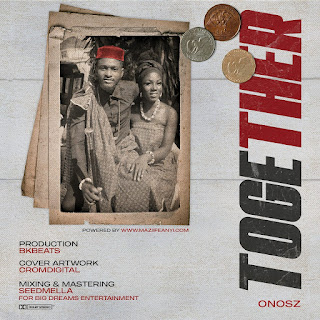 Do you remember Onosz? The talented singer from Port Harcourt who featured on Grammy Award Nominee Burna boy’s SMOKE WEED single? Yes, the same Onosz who gave us the hit E.P that featured hit singles like Last Love (Gbana) and Pariwo.

Onosz Started singing early in his life and at a point found himself in the Aristocrat camp alongside Burnaboy, Leriq and Piriye Isokrari (CEO & Founder of The Aristokrat Group). “I really enjoyed my time at aristocrat records, I believed in the movement as soon as I was introduced to Preye and Leriq by Redkad (Mazi Ifeanyi), then we were all at Port Harcourt Nigeria”. “The first day I set foot in their studio, I recorded three freestyles including Smoke some weed with Burna boy and one that featured Wande coal. I really felt like my career would accelerate at Aristocrat records but they had a really talented artist in Burna boy and that was the focus of the entire team. I am a huge fan of Burnaboy but as an artist, I wanted more and at a point, I got a bit tired of waiting on an official contract and I decided to check out other alternatives. I like the people at aristocrat records and I hope to do music business with Piriye and hopefully Jump on some Leriq produced tracks in the future because I have seen him work and I think he is one of the best in the business. The Journey so far has been amazing, I have an E.P that is doing really well on the streaming charts and singles that have opened the door to good opportunities”, Onosz continued.
The new single titled “Together” is a special dedication to celebrate women for all the times they have silently carried their men, families, and kids and still kept the love strong. They are unsung heroes. In a statement on his Facebook page, the singer said, it took him three producers and several cover art edits to get here. It is also the first single off my forthcoming E.P. Together is a wonderful love song. The track is produced by Beka Beats.
Play and Download below
AUDIO