22-year old stabs friend over a bottle of beer 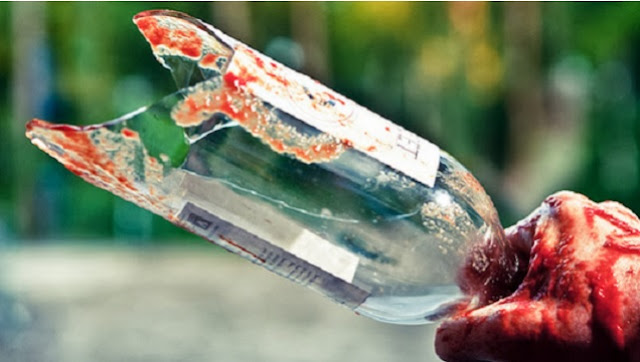 A 22-year old man, Safiu Muritala, has been remanded at Kirikiri prison for allegedly stabbing his friend over a bottle of beer. The accused was said to have bought a bottle of beer, drank from it and then placed the remainder on table.His friend, Mohammed Kabiru, who was sitting before him took the beer and also drank from it.This did not go down well with the accused and it resulted to a fight between the two friends.Safiu accused his friend of not taking permission from him before drinking the beer.An eye witness said Safiu Muritala used an object to stab Mohammed Kabiru on his left cheek after which he was arrested and handed over to the police at Pen-Cinema Police Station, Agege.The Divisional Police Officer, Superintendent of police SP Mary detailed one Inspector Funsh Akingbehi to investigate the matter.The suspect was, therefore, charged to court for unlawful assault at conclusion of the investigation.The one count reads thus: that you Safiu Muritala ‘m’ on the 17th day of January 2020, at about 1950hrs, at Pen-Cinema, Agege, Lagos, in the Lagos Magisterial District did unlawfully assault one Mohammed Kabiru ‘m’ by stabbing him with an object on his left cheek which does him harm and thereby committed an offense punishable under section 173 of the criminal law of Lagos State 2015.The suspect pleaded not guilty and was admitted to bail in the sum of #50,000.00 with one surety in like sum.He was, therefore, remanded in prison custody pending when he would meet the bail condition.
source:ladunliadi