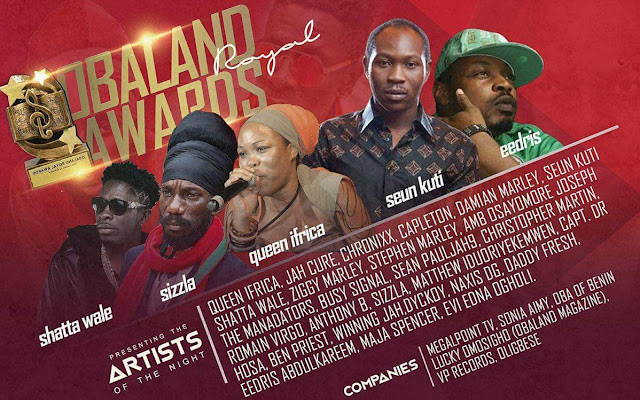 The awardees ceremony has been fixed for 11th may 2018 at Samuel Ogbemudia national stadium, Benin city Edo state, under the title “The Edo International Reggae Festival”  situated in the most precious and historical  land of Africa “Benin city” in Edo-State,  owned by the patron of Obaland academy , his royal majesty Oba Ewuare II of Benin Kingdom, the honour and  are strictly guided by rules, as  it represents Africa Grammy.

Obaland Royal Awards, is first of it’s kind in Africa. Only hard work, could fuel this recognition

The awardees are as follows:

8, The Mandators – Power of the People – Africa Reggae Legend – (Honour)